Christ Covenant Church was planted as a worshipping community in April 2006. Our leaders and initial membership got here by way of Reformed background and a reforming, evangelical initiative, and in consultation with an array of counsellors.

Among the key things that we wanted to do from the beginning were: (1) maintain a historic Reformed identity; (2) seek to be welcoming and outwardly-focused; and (3) encourage whole-family participation in every aspect of worship, including the Lord’s Supper. (This latter is the practice of the early Church, but not part of the larger pattern of the Reformed tradition.)

In connection with counsel and a measure of oversight from Christ Covenant Church of Langley, B.C., we proceeded with plans to found this new work.

We began with a core of about forty people. Among these were one lifelong Reformed family, and others who had embraced Reformation faith along the way, coming out of everything from utter unbelief to Pentecostalism to various stripes of evangelicalism. This initial group included several men who had previously served in church office, including two with seminary training, so the Lord had prepared a leadership team from the outset.

The first year some moderate growth, and a renovation of the school, meant that we needed to find new facilities. We began meeting in our present location at the Golden Age Center in 2007.

Over the years, we have gone from no denominational affiliation and no full-time pastor and back again. Through it all, we continue to look forward to God’s ongoing leading as we grow together as his people. 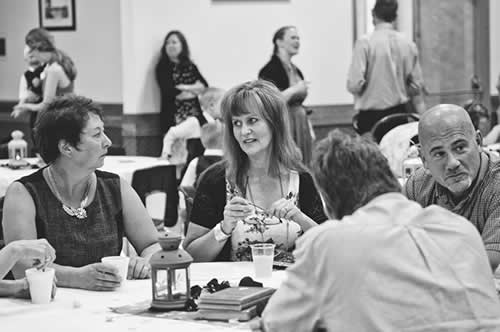 “In Him you also are being built together into a dwelling place for God by the Spirit.”