But just as that garden activity did not simply take up the whole creation, but existed for a broader purpose, so it is with the Church. The lives of believers are shaped in worship, so that God’s mission to the whole world can be carried out.

The human race rebelled against God and came under his judgment — way back at the beginning, with Adam.

Yet, from that very point, God had a mission of restoration: instead of leaving Adam and Eve in their sins, he came down, calling them, searching their hearts with convicting questions, and ultimately, covering their nakedness himself by means of blood shed, and giving them promises that would come to fulfillment in the sending of his own Son.

Evangelism is not just something that the Church happens to do. It is our participation in God’s mission. God promised long ago that all the nations would be blessed in Abraham, and in the Great Commission, the Son of Abraham calls upon us to “make disciples of all nations, baptizing them in the name of the Father and of the Son and of the Holy Spirit, teaching them to observe all that I have commanded you” (Matthew 28:19–20).

At Christ Covenant, we are committed to that same divine mission, and seek to encourage and promote it through our own teaching, practice, and support.

Learn more about this mission »

When the eternal King created the world, he created human beings to be his children and his representative rulers within the creation. That means that we were created as royalty.

With the fall, poverty entered the world. It entered the world through sin: both personal laziness and oppression are sins that contribute to poverty. It also entered the world at a more fundamental level: due to the fall, God said that man’s relationship to the world had changed, and his work would now be more difficult than it would otherwise had been. The very ground would resist his efforts to bring forth food from it.

Christ has come to make His blessings flow, far as the curse is found. While the full force of that blessing awaits Christ’s return, we are nonetheless to understand that the concern of the kingdom is not merely invisible and “spiritual.” The kingdom meets us and addresses us with good news wherever the curse has affected our lives — which is to say, everywhere.

At Christ Covenant, we are committed to the whole-life calling of the kingdom to bring healing into broken lives.

Learn more about this healing calling »

Defending the Preborn and Persecuted

There are two classes of people whom God singles out as necessary to protect — people on whose behalf God is particularly committed to act as Avenger.

These two classes of people are (1) his people; and (2) the helpless and vulnerable.

With regard to the former, God tells Abraham, “I will bless those who bless you, and I will curse him who curses you” (Genesis 12:3). Likewise, Jesus promises that those who are persecuted for His name’s sake will receive hundredfold blessing (Matthew 19:29). Similarly, Jesus makes care for such “least of these” his brethren a standard of admittance into his eternal kingdom — for rejecting His own means rejecting him.

As for the helpless, God gave specific attention in the law of Moses to the plight of the sojourner, widow, and orphan — those who were vulnerable due to lack of citizenship or a “political voice” as well as poverty. “If you do mistreat them,” he said, “and they cry out to me, I will surely hear their cry, and my wrath will burn, and I will kill you with the sword, and your wives will become widows, and your children fatherless” (Exodus 22:21–24).

There is no vulnerability greater than that of the preborn children, and in our day their plight is great. The slaughter of the innocents continues unabated, and it is our calling to become their voice.

Learn more about the calling to defend those whom God defends » 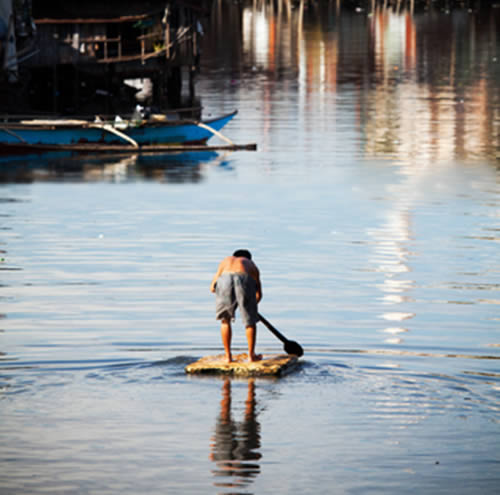 “You are the light of the world. A city that is set on a hill cannot be hidden.”

Most Recent Sermon on Mission