There are two classes of people whom God singles out as particularly necessary to protect — people on whose behalf God is particularly committed to act as Avenger.

These two classes of people are (1) his people; and (2) the helpless and vulnerable.

With regard to the former, God tells Abraham, “I will bless those who bless you, and I will curse him who curses you” (Genesis 12:3). Likewise, Jesus promises that those who are persecuted for his name’s sake will receive hundredfold blessing (Matthew 19:29). Similarly, Jesus makes care for such “least of these” his brethren a standard of admittance into his eternal kingdom — for rejecting his own means rejecting him.

As for the helpless, God gave specific attention in the law of Moses to the plight of the sojourner, widow, and orphan — those who were vulnerable due to lack of citizenship or a “political voice” as well as poverty. “If you do mistreat them,” he said, “and they cry out to me, I will surely hear their cry, and my wrath will burn, and I will kill you with the sword, and your wives will become widows, and your children fatherless” (Exodus 22:21–24).

There is no vulnerability greater than that of the preborn children, and in our day their plight is great. The slaughter of the innocents continues unabated, and it is our calling to become their voice.

Becoming Allies With the Unborn

In Exodus 21:22–25, the law deals with a case where men fighting accidentally strike a pregnant woman, to the effect that the baby is born prematurely. If the infant is harmed, the law of “life for life, eye for eye” applies. This teaches that the preborn are considered equal before the law with the born. Put more simply: abortion is murder.

While the Church is not the agency that bears the sword (cf Romans 13), believers are called upon to defend the vulnerable in the ways that are open to us.

Some of the particular ways in which we can defend the preborn include:

We encourage you to familiarize yourself with Grande Prairie Voice for Life and learn ways you can be a voice for the preborn locally.

To stay up to date with related news, be sure to regular visit web sites such as Life Site News.

Becoming Allies With the Unheard

In the book of Revelation, the martyrs become “souls under the altar,” crying out to God and asking him how long their blood will be unrequited. The implication, as it is in the promise to Abraham in Genesis 12, is that God takes vengeance upon those who harm his children. This is not the “Old Testament God, full of wrath” — as if God changed somewhere between Genesis and Matthew. No, God is loyal to his own. Just as a husband ought to defend his wife and children, God defends his own children.

The Weaponry of Worship

Once again, the Church does not wield the sword. But she is not powerless. A principal means by which we engage in battle is through worship, which is the gathering of the hosts (armies) of the Lord. In worship, we are renewed in covenant with our God, and call upon him to judge the world in righteousness (as promised frequently in the Psalms, especially the enthronement Psalms, such as 96–99) through his Son, who wields all authority in heaven and on earth (Matthew 28:18). It is not a feather, but a sword, which proceeds from the mouth of God’s Messiah - and with it he strikes the nations (Revelation 19:15). God is love — but the very fact that he is love means that he cherishes and upholds his children.

It is in line with all this that the Church is taught to pray imprecatory prayers — not because we hate our persecutors, but because we love God. Through our prayers, God will ultimately destroy those who would seek to destroy his Church. This destruction may come in the form of causing them to die with Christ and be raised new (our earnest hope), or it may come in the form of temporal and eternal judgments. God is not mocked, and it is the humble privilege and task of the Church to honour him by praying for his honour to be magnified throughout the earth.

We also pray publicly and privately for the persecuted themselves, that God will deliver them from unrighteous and evil men (2 Thessalonians 3:1–2; cf. Romans 15:30ff), and that he would keep them courageous and faithful to the proclamation of the truth in the face of persecution (Ephesians 6:19–20).

Become a Voice for the Helpless 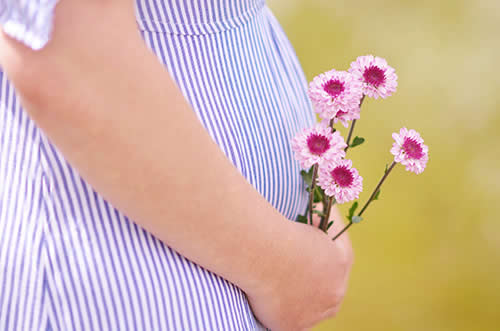 “Defend the poor and fatherless; do justice to the afflicted and needy.”